How do we define depression?

Many of us believe that depression is only about those who are deeply discouraged. The common form of depression, however, usually leaves us able to continue our daily activities. The problem is we tend to go through our day often feeling emotionally numb. Sometimes we seem disconnect from ordinary events and live on autopilot. Activities that used to be fun no longer are enjoyable. Socializing with friends can become dull or boring in many instances. Though much of our busy day can go well, when we are in a quiet part of our day, our unhappiness, anxiety, and feelings of hopelessness reappear.

How depression harms us

Depression often robs us of our satisfaction in living. Our ability to take pride in our work is diminished. Our relationships with key people are less satisfying. We often worry about our lack of skills and strengths. Feeling unworthy of success and happiness is common.

Chronic fatigue may accompany our day, and adequate sleep or naps do not seem to relieve it. Brain fog may occur, making it difficult to think clearly or exercise our creativity to cope with simple problems.

We may become more irritable and prone to bouts of anxiety or outrage. Thoughts of helplessness tend to recur, especially as we brood on our failures.

What keeps us depressed?

Depression and disappointment tend to reproduce themselves. They blind us to many of the constructive aspects of life while highlighting attention on the unhappy side of our past and present.

Depression dulls our natural enthusiasm and makes us devalue our strengths. As a result, we are less engaged in our opportunities. We tend to do less and accomplish less to support our joy in living.

A depressed outlook will continually draw us back to review and often relive highlights of past defeats, failures, and other unhappy memories. Eventually we come to accept discouragement as our new normal and begin to live with lowered expectations about everything.

How meditation provides help for depression and anxiety

Meditation helps us in three major ways to cope with depression.

First, it can lead us to experience a more quiet and calm state of thought and feeling. Here we can move away from the chattering mind to achieve a degree of peace and space to calm and renew our self.

Second, effective meditation can draw us closer to our higher resources of strength, understanding, and self-control. Connecting with these inner potentials can increase our ability to cope with depression and the situations that discourage us.

Third, meditation can help regulate the neurotransmitters in the brain and may be contributing to depression.

“In summary, this pilot study of the efficacy of training in mindfulness meditation in the context of a group stress reduction clinic for medical outpatients showed statistically and clinically significant reductions in symptoms of anxiety and depression in patients with the three core anxiety disorders (generalized anxiety disorder, panic disorder, and panic disorder with agoraphobia) diagnosed according to the DSM-III.”
KABAI-ZINN, MASSION, KRISTELLER, El AL. Am J Psychiatry 149:7, July 1992.

“Although clinical Meditation research has mostly been conducted in small sample sizes and poorly controlled conditions, there is some evidence for its effectiveness in disorders of anxiety, attention and affect. The combined evidence from neurobiological and clinical studies for an up-regulation of attentional and motivational networks and for a reduction in symptoms of anxiety, depression and attention, respectively, bears promise. “

The Chemistry of Depression (and how meditation can influence it)

Medical research has demonstrated that Neurotransmitters are also affected during depression. The main ones are Serotonin, Norepinephrine, Dopamine, Melatonin and Oxytocin. Medications may utilized to restore these to normal levels.

Oxytocin is basic to any human interaction that involves kindness, gentleness, and genuine affection–not just lust (as it sometimes seems to mean to some people). It can be administered as a nasal spray and is known to be useful in treating the depressed and especially those who feel alienated, rejected, and alone. Large doses of it do not cause excessive romantic urges, so it is a very helpful adjunct to treating depression and the anxiety that attends being too isolated. Fortunately, effective meditation and the peacefulness it creates raises our oxytocin levels without drugs and is also an antidote to depressive feelings.

“The body’s usual response to stress, known as the “fight or flight response,” is increased heart and breathing rates, blood pressure and muscle tension caused by the secretion of norepinephrine …during stress, people who meditate still produce norepinephrine, but the hormone’s effect is blocked…”

“Serotonin, a powerful neurotransmitter, plays a major role in mood regulation. A deficiency of serotonin is associated with depression… the meditators exhibited a higher level before meditation when compared to the controls, and a much higher level after meditation…”

“…. Meditation works like a virtuous cycle in the brain’s reward circuit that pumps up tonic dopamine levels…by boosting tonic dopamine levels, meditation may rebalance the way people respond to rewarding and punishing experiences, cushioning them against the painful blows that life invariably deals us… If this latest research suggesting meditation increases tonic dopamine can be confirmed, however, it provides a satisfying, physiological explanation for the efficacy of mindfulness-based therapies for preventing relapse in depression…”

Another study, conducted by researchers from the National College of Natural Medicine in Oregon, evaluated eight study participants who listened to delta wave binaural beat therapy every day for 60 days. The results showed a decrease in anxiety, insulin-like growth factor, and dopamine. The participants also experienced an increase in quality of life. Researchers concluded that, although further study is needed in this area, binaural beats might improve self-reported anxiety.

A more extensive study of over 100 participants who were undergoing general anesthesia for a day procedure, reported a decrease in pre-operative anxiety. The participants in this study listened to 30 minutes of binaural beats before surgery, but the researchers noted that people experiencing high levels of pre-operative anxiety could listen to binaural beats for up to 1 hour before anesthesia to reduce levels of anxiety.

Why Active Meditation is especially helpful for depression

Active Meditation™ exercises induce a deep meditative state. In addition, they highlight the skillful use of the mind to consciously engage the intelligence, courage, love, and joy of our Higher Self. The objective is to enrich our character with the qualities of cheerfulness, persistence, and emotional self-control. These are the strengths we need to cope with depression and helplessness. By actively engaging the confidence and optimism of the Higher Self we can heal the beliefs and habits that keep recreating depression. Active Meditation embeds all meditations with Binaural Beats which enhances the state induced by the meditations themselves.

Think on these things 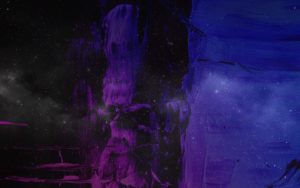 In Part 1, we learn to protect ourselves from external influences by building better boundaries that serve to preserve our lifeforce and peace of mind.

In Part 2, we focus on constructing a healthy identity. One based on our personal merit rather than our burdens, or membership in any group.

In Part 3, we cultivate a balanced and healthy outlook that recognizes and accepts both positive and negative qualities in ourselves and society.